Bill is the eldest son of a pastor and missionaries, Rev. Charles & Lucy Ellwanger. At age 12 he was befriended and mentored by Dr. Lance B. Latham, co-founder of the Awana ministry. Growing up Bill attended the Church of the Open Door and later, Cedar Grove Church, both in Philadelphia, PA. 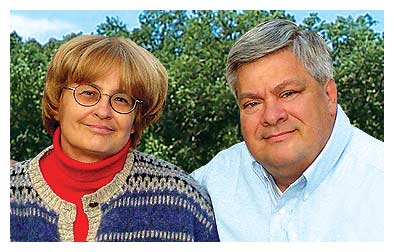 Throughout his life, Bill has been a part of a variety of youth and children’s ministries including being a Sunday school teacher, a teen ministry director, a Bible Club leader, a Christian school teacher, and director of the a Christian Service Brigade program at Calvary Baptist Church in Bristol, Pennsylvania.

In 1967 Bill founded an organization to produce films and videos for Christian organizations. To help defer the costs of productions for these ministries, Bill also produced projects for secular companies including television commercials and promotional shows for Hoover Vacuum & Appliances, Campbell’s Soups, Herr’s Snack Foods, Dupont, MAB Paint, the Smithsonian Institute, and others.

Over a period of 30 years, Bill has produced hundreds of films and videos for Christian schools & colleges, Christian camps, rescue missions, foreign missions organizations, and others. In recent years, Bill produced videos for the Friends of Israel Gospel Ministry, including a feature-length production entitled “Zvi” which won a “Silver Angel Award” in a Hollywood based, national competition for inspirational media.

Bill is also an avid part-time Biblical historian and archaeologist. He has traveled and studied extensively in Bible lands including Israel, Egypt, Jordan, Syria, and Lebanon. He is a past president and a board member of The Associates for Biblical Research, a Biblical Archaeology and Research ministry located in Akron, Pennsylvania.

Bill was invited to become a member of Haluwasa’s board in 1996. Having demonstrated a desire to reach young people for the Lord, and with a leadership experience in Christian ministry, management, and finance, Bill was asked to become president and executive director of Haluwasa in 1997.

Haluwasa has grown as a ministry in many ways in recent years and Bill is always the first to say – “It is God who is accomplishing what is being done here because Haluwasa is close to His heart. What could please God more than seeing many boys and girls trust His Son as their Savior here each year? What could delight Him more than having young people learn how important it is to seek Him daily in prayer and open their Bible to find guidance and direction for their lives? That’s what Haluwasa is really all about and we want to keep it that way until Jesus comes!”

Camp Haluwasa makes it easy for parents to register for camp. We offer Online Camp Registration Service and a downloadable Camp Registration Form for those who wish to mail in. We are always ready to answer any camp related questions by calling our main office.